Ok, so, first of all, welcome to Blog Cash Mentor. This is the first official income report that I’m posting on this website, so I want to provide a bit of background and context before I dig in.

A lot of what I do here is to try and help keep myself accountable, and of course, try to help all of you from my learnings.

I’m not going to get everything right, so the hopes are that I can learn from my mistakes and provide guidance as to what works and what doesn’t.

So, with all of that said, here’s what my existing site portfolio looks like:

(**note that I do not provide the official names or URLs for my websites, just due to competitive reasons, that could change going forward, but for now, that’s where I stand).

Overall passive income totals for November were $1802, which was a below average month, due to a dip in affiliate revenues from Website One

As a quick background, I had been posting about this site over at the Mr Money Moustache forum, so if you want a little more history and detail, check out this forum post.

Here’s what the last twelve months of income and traffic look like.

The site was launched in early 2019 based on a hobby and passion of mine. My focus from the day I started the blog was on high quality content. The peak in traffic was reached early this year, when the website reached nearly 75K pageviews for the entire month. Since March, however, there has been a fairly steady decline in traffic as shown – the latest figures for November were down to less than 45K pageviews, a near 40% drop from the March highs.

However, in examining the Google Trends data for my niche, it is clear that interest in the topic has been very cyclical and on the decline since earlier this year, experiencing an almost identical 40% decline from the peak. Thus, I recommend that if you have experienced a significant decline in traffic, to first look at what might be happening within your niche.

For this website, I have created nearly all the content myself, however, I’ve had a couple of writers contribute occassionally. However, since my focus has been on high quality and relying on my subject matter expertise, I’ve had a hard time handing off content writing to anyone else. This is something I think I definitely need to work on, especially, given some of the waning traffic stats.

As to monetization, I had relied soley on eBay affiliate income until around May, when I hit the threshold for Mediavine approval (50K sessions/month). Thus, I decided to diversify my revenue streams and I’m quite glad I did. The drop off in eBay revenue has been very disappointing and they are very unsupportive of affiliates. The latest month’s eBay revenues of $472 were a bit of a shock, but thankfully the Mediavine earnings continue to climb higher.

I am generating other revenues from online website sales and some other lead generation, but it is rather lumpy. Notably, I have nearly $25K in online sales thus far for 2021, although this is not all profit. On average, the profit margin on these sales is around 30% or higher. Lead generation will generate about $5K-$6K this year.

However, both parts of this business consume a lot more of my time – thus, if I had to choose, I’d much prefer a consistent climb higher in passive income as opposed to hustling for additional income.

I need to work on more consistent content creation, something I have struggled with for a while. I’ve averaged roughly 7 posts per month for the past year, and I know that if I really want to take this site to the next level, it needs to be higher than that.

My average for passive monthly revenue total over the past six months is $2500 per month. My short term goal is to get this number to $5000 per month. How am I going to get there?

Well, it starts with more content. I need to get to at least 100K pageviews per month to have a chance, and even without putting any hard figures on estimated traffic and revenues, I think that I have to at least double monthly content output.

That would mean 14 posts per month, or on average 3.5 per week. Notably, I still work full time so pumping out nearly 4 posts a week is doable, it’s a challenge. Could I wake up early and just blast out one piece of content every day? It’s possible, but probable? I’m not sure.

I also need to think about other avenues for even further diversifiying my income streams.

One of the biggest things I struggle with is email marketing and I think there are more possibilities for leveraging my subscriber list to either promote my online products or generate additional advertising partnerships.

My objectives to reach this goal are to figure how to outsource more content. I have resources to help with this and I think I just need to start testing it out.

Traffic goal for 2022 is 100K in monthly pageviews with $5K a month in Revenues.

I started this website in September of 2020. It is by no means anything of interest to me, but at the time I was looking at a Flippa listing and was amazed by the price the website had sold for – over $10K I think for such a boring and ugly website.

I did a quick search for domain names and found a catchy one that I liked and started to experiment.

And it has worked, well beyond my expectations. I went from basically no traffic a year ago to over 6,000 page views in November.

Why has it worked? Well, number one, there aren’t a lot of competitors for my specific niche and I’ve found some areas of my niche that are very, very easy to rank for.

BUT, I also will note again, that I’ve tried to focus on QUALITY. I am not an expert in this niche, but I’ve done what I can to try and get educated so that I can discuss the material in an informative manner.

While traffic has been climbing, the income is starting to show some dividends as well. Since, I have not yet reached 50K sessions (requirement for Mediavine), I’m now with Ezoic, which I can say is definitely not the same sort of experience as with Mediavine. The pages run slower and the ads just don’t show as well on the website.

Still, I can’t complain, as it’s generating some revenues, but ultimately, I will plan on moving to Mediavine when the time is right. In November, I cracked the $100 barrier, hitting $125 for the month between Ezoic and affiliate ads. I guess the question is at an average $21 in Revenues per 1000 page views, how much should I be spending on content creation here.

My initial thought is to at the very least invest the monthly income right back into the website, and I think that’s going to be my goal here. This is one I’m also a bit more comfortable outsourcing as it is not as highly technical as Website #1.

Focus on outsourcing content creation and really ramping up content production in 2022. I’ve only been creating a few posts per month, but I would like to see what happens if I pump it up to around 10-15 posts per month and hire a few external writers for a couple of months.

Revenue goal of $500 Per Month, with Traffic of 20K Page Views Per Month

I launched Site Number Three in March of 2021 and it’s in the same general niche as Website Number One, but a bit more narrow of a focus. Indeed it is so narrow, that I’m not exactly sure of the ultimate potential here.

It is sourcing more leads, and I’ve seen some come in, but not really providing any meaningful advertising dollars of late. The last month however saw over 1200 pageviews and if I could figure out how to create a traffic report I would, but I idioticallly installed Google Analytics 4 and I have no idea how to use it.

So, figure that will be a task one day, as Google is moving towards that ultimately to be the de facto tracking for Analytics, what they see as the next evolution from Universal Analytics.

I only have affilate links set up thus far and admittedly my tracking is mixed in with Website One, so I really need to do a better job of distinguishing tracking.

The goal here is to separate and improve affiiliate tracking, to get more informed data to work with. I’m not sure how interested I am in creating more content, given the requirements of the other sites, but I might add Ezoic to try and pick up a few extra bucks a month in revenue, and based on the current stats, that might only be around $25 a month.

This is one I acquired a few years ago for fairly cheap and it’s in a different niche than my other two Sports blogs. The good, it was once a fairly well established site and is an aged domain, developed back in 2011.

The bad, is that the former owner and I for a small period of time were allowing paid posts that advertised casinos. Thus, the traffic is mostly non-existent, with a peak of around 500 monthly pageviews this past year.

Oddly, I keep getting Facebook likes on the page, so there is the potential for a cross promotional deal between this and Website One, but I don’t know how much effort I can put into it. Thankfully, I do have one writer that sends me articles throughout the year, just because he likes to write, so it’s not really doing much harm.

Not really sure, I’m not focused on content at the moment, but I could work on a continued cleanup, removing any old casino based blog posts to ensure that Google isn’t still penalizing the site.

I believe that I could plant better seeds than currently exists with Website Three and Website Four.

The set goals between the first two sites is passive revenue of $5500 per month. That’s the number I’ve stuck on my wall, and that’s, in the short term, where I hope to go. This has worked before for me quite well, so if you set a REASONABLE goal (not a BHAG), and you believe in yourself, you can get there.

If you have any thoughts, comments, suggestions or if you want to share your own goals, please leave a comment below or feel free to get in touch at info@blogcashmentor.com 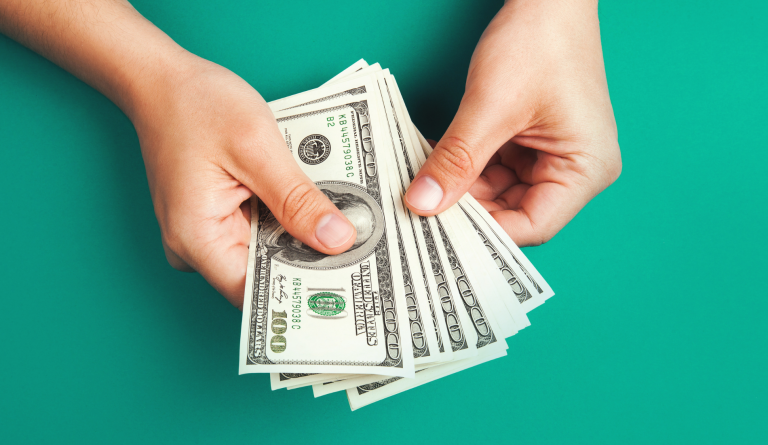 January was a solid month, with a big boost in traffic on my largest site and a good bump in affiliate revenues. Site Two also…

So, from an income perspective, February was a down month as compared to January. Total revenues across all sites reached $2449, down from the $3660… 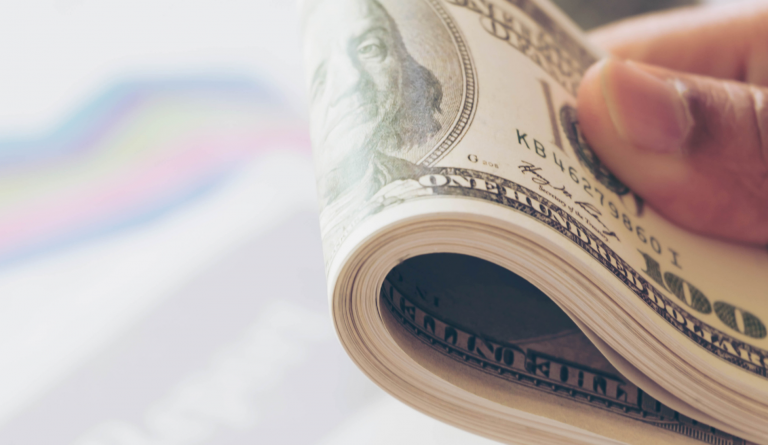